WordPress 4.1 was released on 18th of December. This version was another special release for me. 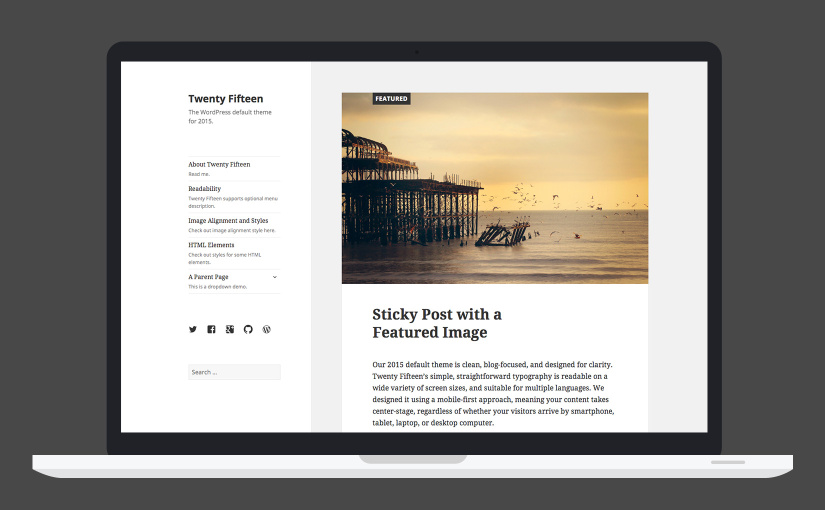 WordPress 4.1 was released on 18th of December, and the version was another special release for me personally — Twenty Fifteen, the theme I designed as the WordPress default theme for was bundled with this release.

I was absolutely honoured to work on two default themes, Twenty Fourteen and Twenty Fifteen but the latter, Twenty Fifteen, was specially meaningful theme project for me. For the first time of my life, I designed the theme as a default theme from scratch (Twenty Fourteen was originally designed as a premium magazine theme called Further.) Also I was contributing code much more for the theme. I had some challenging timelines and some sleepless nights but I really enjoyed every single day until the release.

Twenty Fifteen is my biggest contribution to WordPress so far and I’m really glad how it turned out, but the success was certainly the team effort — I’d like to thank Matt Mullenweg and the project lead, Ian Stewart for the guidance and support. I’d also like to thank all of amazing contributors from the world who helped to make the theme.

The stunning photo of the West Pier in Brighton is by Victoria Alexander on unsplash. I chose the image to use in all screenshots of the theme because that’s what I used to see from my living room everyday when I was designing the theme🙂

I'm a designer, father, husband, and house music lover living in the UK. I work at Automattic; the people who make WordPress, Jetpack, and a whole bunch of cool stuff. View all posts by Takashi Irie

2 thoughts on “Twenty Fifteen, the WordPress Default Theme for 2015”

I'm a father, husband, designer, and house music lover living in the UK. I work at Automattic; the people who make WordPress, Jetpack, and a whole bunch of cool stuff.